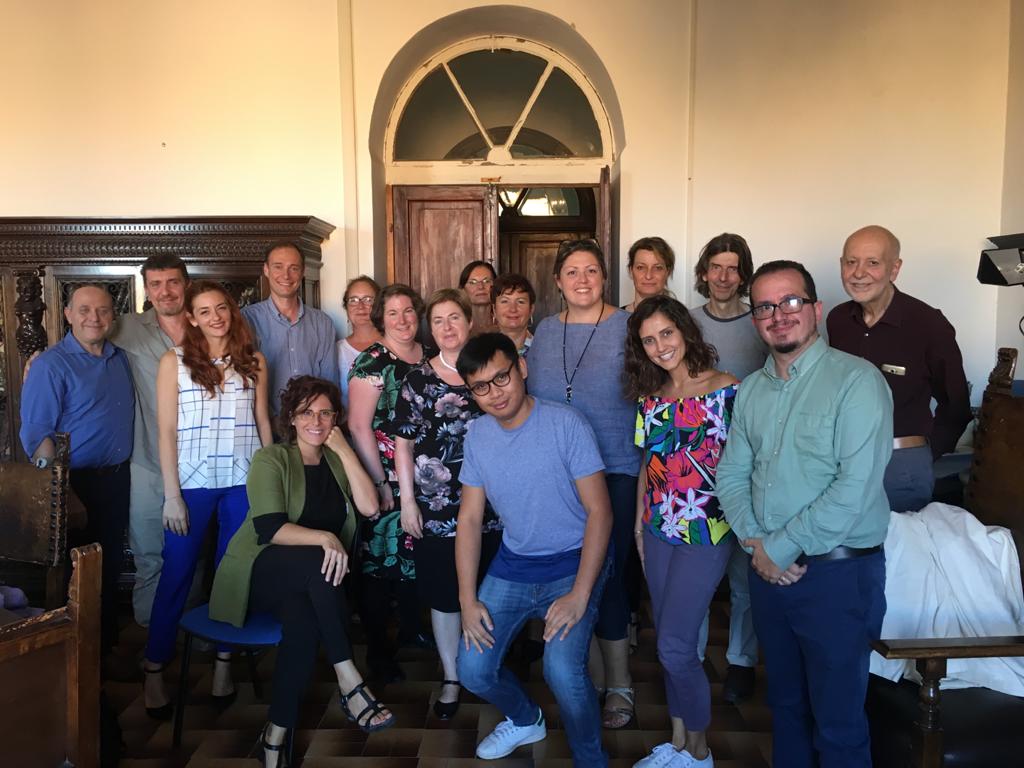 The last four months of the project (from June 2019 to October 2019), the State Institute for the Deaf (ISSR, based in Rome, Italy) worked on the completion of the adapted vocabulary in International Sign (IS) and Italian Sign Language (LIS). The ISSR team who worked on the vocabulary brings together Deaf and hearing experts in Sign Language and Health and Safety regulation.

I have already mentioned the contribution of Luca Rotondi and Marta Zuddas, Deaf colleagues from the national association “Emergenza Sordi” (Emergenza Sordi APS – Deaf Emergency Association for Social Promotion, Rome, Italy), who helped us in building an accessible, yet authentic adaptation of the Safety and Security glossary to Italian Sign Language. Paola Gregori, has given her contribution as a security expert and sign language (SL) interpreter to adapt and translate the glossary to LIS, Italian and English. It is the experience and skills of Mirko Di Marco (who has already served as Deaf interpreter in many official and non-official situations, in national and international contexts) who helped us in carrying this up to an International level, with a full translation in International Signs. As the team coordinator, my role was to keep it all to an accessible, feasible and – why not? – fun, especially during the production phase.

Should you have experience in Sign Language studies, you know IS is not a “real” language system, but a code which is being used in environments where there are people signing more than one foreign SL. International Sign helps people connect, but contents can be considered as a temporary adaptation to the signing abilities of the participants. Therefore, International Sign can be defined – from a linguistic standpoint – as a “simplified” version of local Sign Languages.

Designating a signed vocabulary to a broad public, mainly comprising people with no signing experience, has meant working on the selection of words and phrases that could easily be managed by non-signers, as well as selecting IS signs with hand shapes that are easy to recognise and produce. The draft working file has been discussed for translation to IS within the ISSR, whose staff had dedicated a large part of the first phase to identify those words and phrases that could easily be adapted to IS. The draft videos have been sent out to Deaf colleagues from Wolverhampton and Klagenfurt, whose feedback has helped in making contents even more clear and accessible.

The Italian version of the glossary has also been finalized, to provide users with the full range of languages that the project expects to produce.

In the end of September, ISSR has been the host of the third transnational meeting of the SSaW project, in which Italian stakeholders (educators in the field of Safety and Security) have been invited to be informed about the project and collaborate in the testing phase of the glossary.